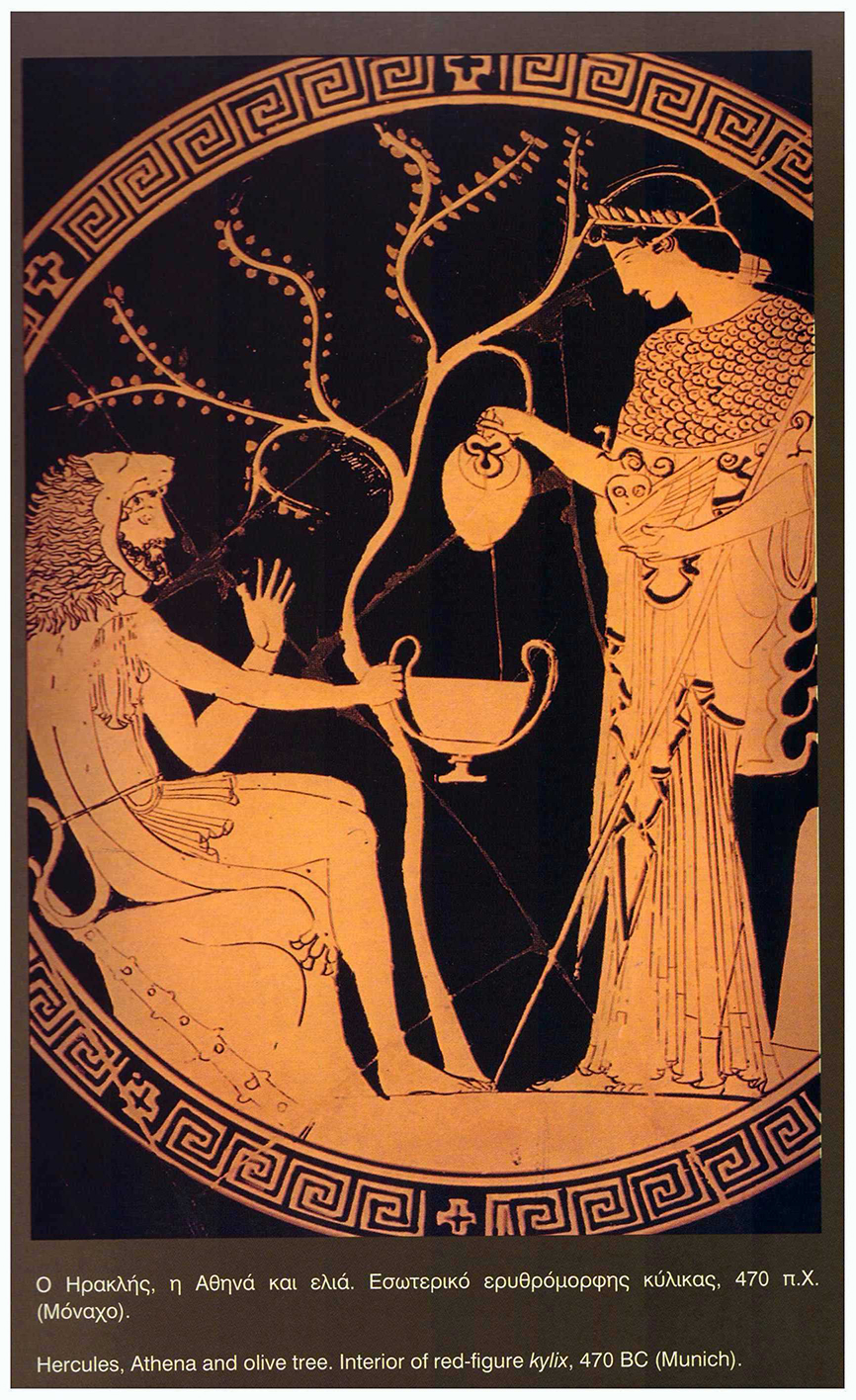 The olive tree was the symbol of the whole Mediterranean area during ancient times. It served as a source of food and olive oil.

The origin of the Olive trees in the city of Athens is explained through the intervention of the Goddess Athena. This goddess was the daughter of Zeus (supreme God of Greek mythology) and Metis who symbolised prudence and cunning. Athena was a warrior Goddess, the Goddess of justice and wisdom and protector of arts and literature. Her sacred animal was the owl and the olive tree was one of her most recognised symbols.

The reason that the olive tree symbolised the Goddess is explained through the following mythic passage:

Poseidon, God of the seas and Zeus’ brother, coveted earthly kingdoms and so claimed the possession of Attica, driving his trident into the Athenian Acropolis which became a well of salt water. Later, Athena came to town and took it in a very peaceful way calling Cecrops, first King of Athens, as a witness. Athena made an olive tree spring from just next to the well. Poseidon, in anger, challenged the goddess, but Zeus intervened and ordered the formation of a divine tribunal to decide which of the two Gods should be enshrined in the city. Thus, the tribunal formed by the Olympic deities, after listening to the testimony of Cecrops decided to side with Athena. It was determined that it was she who had the right to own the land because she had given the city the greatest gift: the first olive tree. Thenceforth, the city adopted the name of Athens and the olive tree planted by Athena was revered for centuries in the Acropolis symbolising the victory.

In Greece the olive tree symbolises peace and prosperity, as well as resurrection and hope.