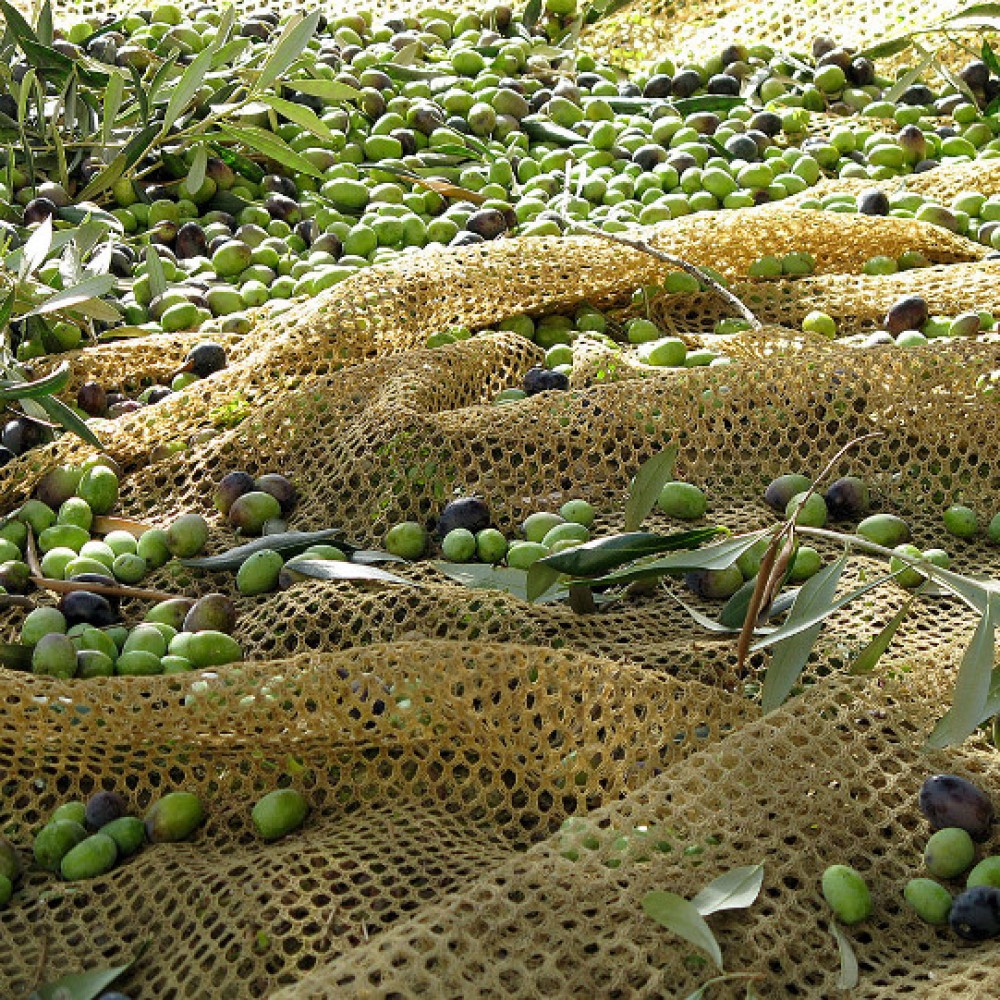 The olive harvest usually starts in mid to late October and can continue into the new year. A large amount of harvest is still done by hand and relies on nets placed on the ground to catch fruit that has been pulled, raked, shaken or beaten off the trees. To assist hand harvest, devices such as pneumatic rakes and mini-shakers may be used.

After olive trees have flowered the fruit starts to develop. Initially the olives are green and hard. Gradually as they ripen they change colour to yellow-green and then to reddish purple and finally to black. These changes in appearance are matched by chemical changes within the fruit itself. Unripe olives have high levels of chlorophyll which gives them their green colour. During the ripening process the levels of chlorophyll fall and increasing amounts of carotenoid (the pigment which produces the darkening of the fruit) develop.

Oil yield is low when the fruit are unripe and increases as the fruit matures. The oil initially very bitter also sweetens at this stage. In addition the ripening will be influenced by the aspect of the trees in the grove – those in more sheltered areas and olives at the top of the tree reaching maturity first. It is possible however for the fruit to get too ripe. Most producers believe that once the crop is starting to fall off the tree the peak time for harvest is gone and the resultant oil is of poorer quantity.

Despite this though there is no ideal stage at which to harvest the olives. When deciding to create an oil the producer has to balance factors as shelf life (greatest in less ripe fruits), yield and flavour.